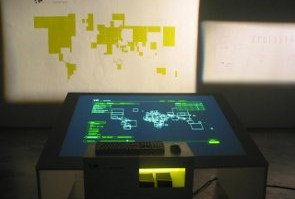 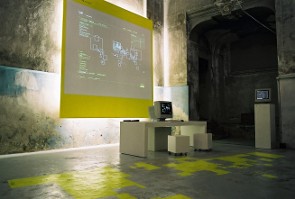 As part of a project study for visualizing our world´s complex conomical, political and social systems [./logicaland v0.1] is the first attempt to realize a prototype of a global simulation that is to be controlled by a community of unlimited participants. Based on a scientific global world model of the mid-seventies, modified and hacked to fit our concepts, [./logicaland] is a tool that facilitates people to take part in a simulation, unlike tools in the scientific field which are neither participative nor public.