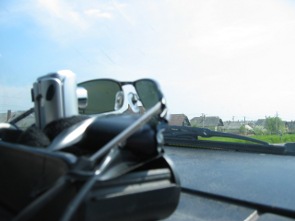 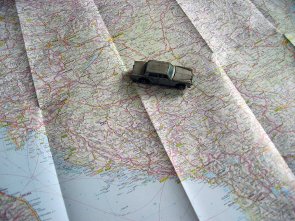 SE.Exit is a "location aware road-movie", a continuous recording of the way from Vienna to Sofia, captured with a webcam and a GPS-receiver as nearly 18 hours of videostream and 70149 single images.
The trip happened to take place between April 29th and May 2nd 2004, during the official days of the European Unions "Eastern Enlargement" and documents one of EU's "South Eastern Exit" from Vienna to Sofia.

SE.Exit is an approach of mapping this territory, its "new" geopolitical landscape, its peripheral areas and borderlands as well as an experiment with new geo-narrative structures. 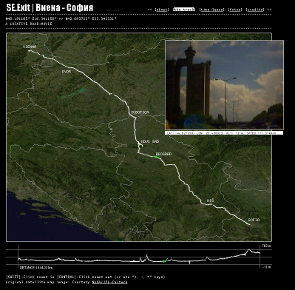